Thanks to Lisa Abbott for the following report:

Now that Christmas has been and gone time for Race 3 at Illmington. Leaving the house for the first time in ages I inhaled deeply, this was the smell of Freedom and I wanted more. As I made my way into the heated seat of the waiting vehicle I realised it had become more snug since I last graced it with my presence, this just confirmed what my tightly fitted club vest had hinted at earlier. Oh well. New Year New me right? As we made our way to Stratford it felt like we had forgot something and unease crept in, a quick ping and we soon realised that something was Kevin, Kevin Who?

Later as we all assembled in the freezing cold a figure emerged from Shadows, it was a dodgy looking fella wearing a snood, hat and gloves looking like he was ready for rehab. With just eyes for identification it was hard to tell if his shaking body reflected a man who was going cold turkey or a guy battling winter temperatures. We can confirm this was our Kevin though!

The run itself was pretty much as every other, although I don’t think this sleepy Illmington Village knew it was a bank holiday as essential tree maintenance took place on route and also the local bin collection. It was tempting to run in front of the bin lorry and hold it up just to let out years of pent up frustration at being stuck behind one on so many occasions! Support was impressive with the ‘Massey Massive’ spectating and cheering on route. We bring this to a close as we all gathered in anticipation of the arrival of lady Victoria Hand. I looked up to see a lady dressed in fancy dress as ‘Spyro’ just beat Vickie the Sphinx Minion to the finish. I knew in my heart that this would be a bitter pill to swallow. Oh and may as well put it out there she was also wearing a Christmas pudding hat. You’re welcome Vickie!! However we do always like to find a positive and that comes in the form of some new material for repetitive jokes for the foreseeable future. We asked Vickie to have her picture taken with Spyro but she POLITELY declined.

Photos by Kelli Boyde (of the ‘Massey Massive’): 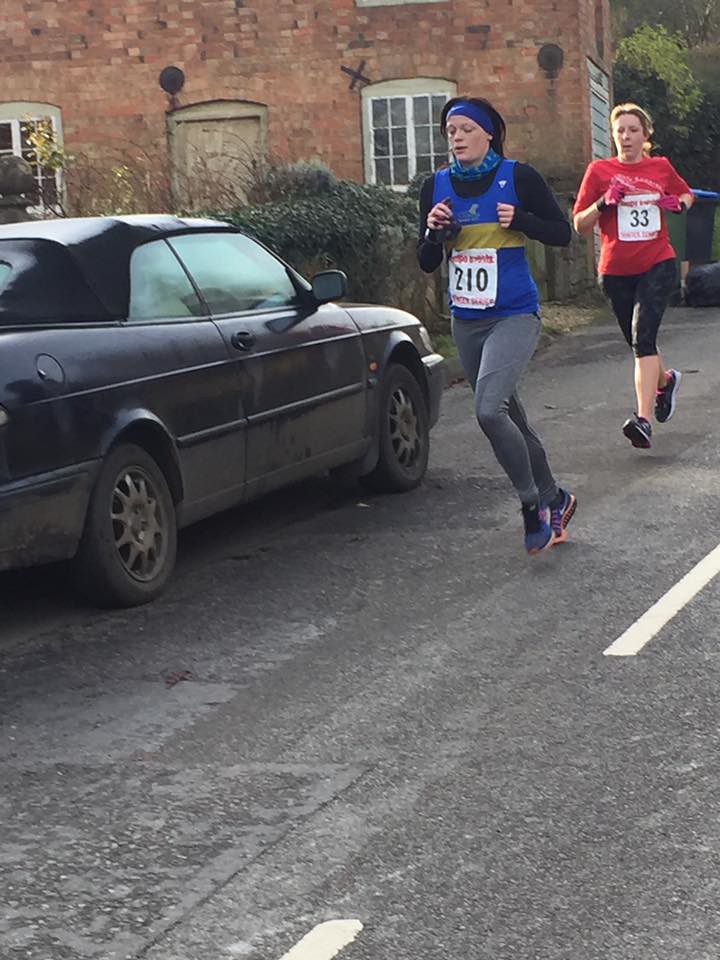