Thanks to Lisa Abbott for the following report:

It’s that time again, The Tempo Winter Series kicks off it’s monthly races. The series was bought by Vickie and Kev as my birthday present as I had raved about it for so long. The only way to shut me up was to buy it and join me. How do you get 250 runners to enthusiastically get out of bed on a Sunday morning and tackle the Illmington hill?
You lure them with the excitement of a hoodie if they do all 5 and a trio of Barry’s sausage at the end. It was a rickety start as our honorary Sphinx for the day Marie nearly pulled out due to a post marathon dodgy hip and Kevin was sporting his usual hangover. As they climbed into Vickie’s uber taxi a mix of deep heat and the stench of stale alcohol filled the air and I had to remind myself that that was the smell of legends who quite frankly nearly never made it. Allen was also continuing his battle going into his 3rd day with a cold sparking rumours at the start line that it had gone to his chest. Myself and Marie as Veterans of this race tried to explain the hill and that only the pro’s could run it all. As we set off for the first flat 1k and turned the corner even I thought the hill was worse than I remembered. Allen “What hill?” El sour was nowhere to be seen as he shot off at speed into the distance unfazed by the hill. I could see Kevin for a bit but he gradually pulled away showing the hangover who was boss. After tackling the hill it felt like the race finally began for me. The way down was thoroughly enjoyable and a well earned reward, elite athlete I was not but that downhill stretch allowed me to to feel it and my watch momentarily showed me a pace of 4.57. I crossed the line to find that Allen had managed a very respectable 12th place leaving us imagining how different it could’ve been without his borderline man flu. For Kevin it was an achievement to have made it though without bringing up the contents of his stomach, Vickie ran my predicted time despite telling me it was too ambitious and Massey machine Marie flew around and is now on the hip replacement list. If anyone sees Vickie at training this girl loves to talk; about her Garmin splits! 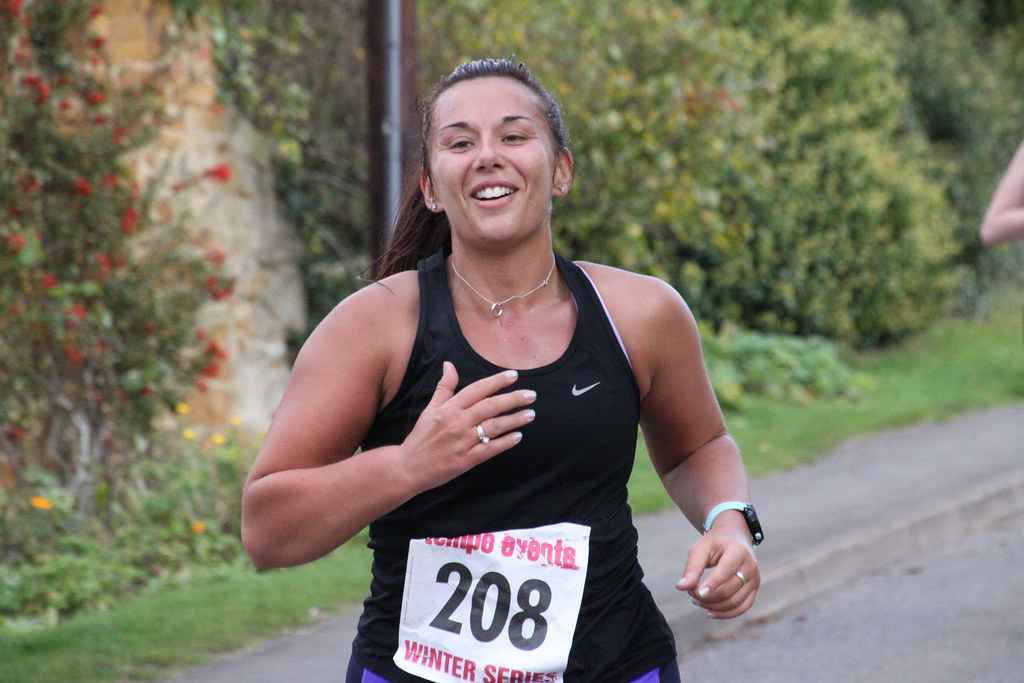