Congratulations to Mark Moran, Sue Gough, Kevin Dick and Vicki O’Brien on completing the 2017 London Marathon, cheered on by super-supporters Fi and Chrissy. Mark achieved a sub-4hr time, which was a PB by half-an-hour! Sue’s time was just over 4 hours and included the impressive feat of negative splitting. Kevin Dick and Vicki O’Brien both finished in less than 4 3/4 hours, possibly a PB for both.

Well done to the runners and supporters!

Thanks to Fi for the following photos: 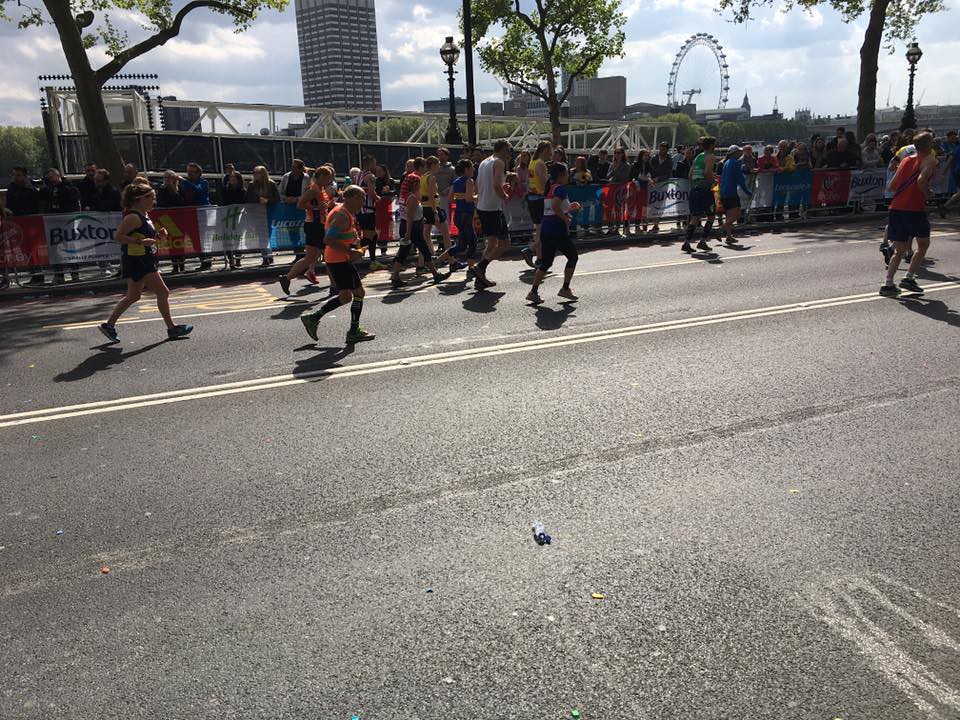