Lisa has sent the following report:

Another Sunday another race, this time it was 10 miles for part of the ‘Great Run Festival’ around Donnington Park. With a few aches and pains from the previous
days club outing to ‘Go Ape’ we were unsure how we would do. This run had an elite feel as it was started by the legendary Gemma Steel and won by soon to be Olympian Sonia Samuels. 3 Sphinx’s set off after a last minute swerve by Kevin Dick who after yet another night on the sauce was unable to even get his shorts never mind function at normal capacity. The show must go on though. Expectations of the course were that it was fairly flat but just under a mile in there was quite a hill which we had to do 4 times. The highlight would have to be the run through shower as the sun came and temperatures were on the rise. Spectators were aplenty in the stands and the atmosphere was fantastic. Big thumbs up to Mama and Papa Hand for being part of our support crew. Laps 3 and 4 were a bit tedious but on the plus side it allowed us to run back on each other and spur each other on. As I made my way for my final lap the lead bike was there moving us out the way paving the way for Sonia’s amazingly strong finish. After the race we re-grouped and it was picnic/prosecco time. We had the best afternoon doing nothing as the sun shone down on us and even have sunburn to mark the occasion as well as an fab goody bag, t-shirt and medal. A massive thanks to Allen and his chins for driving us! This was ‘funning’ with a difference. I got home and looked at results to find somehow I had managed 7th female.*Insert joke here*. No, just NO!!! 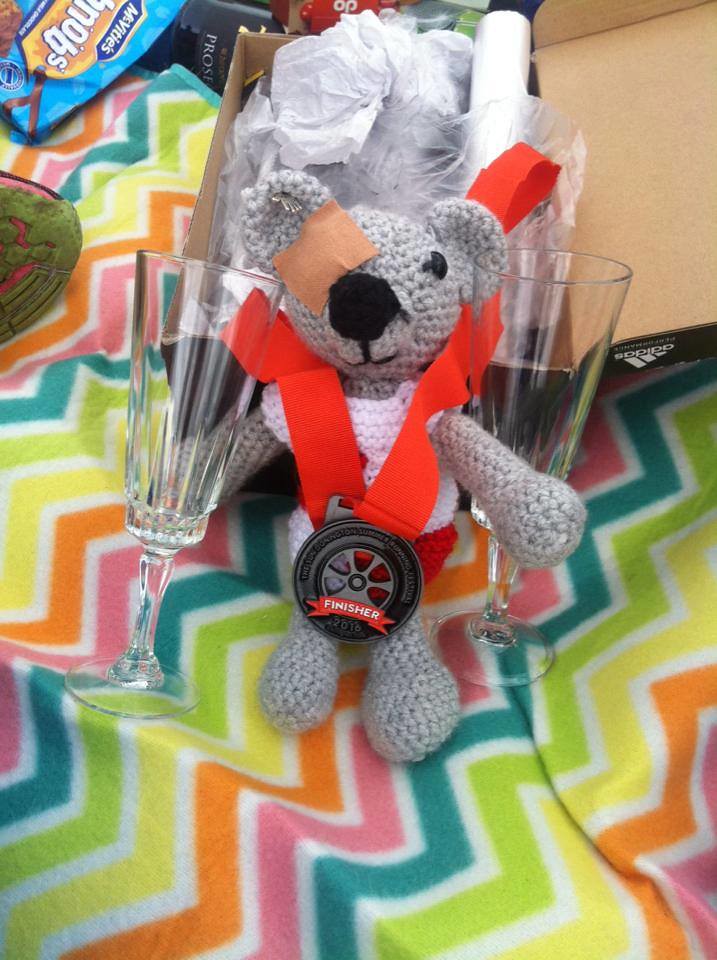